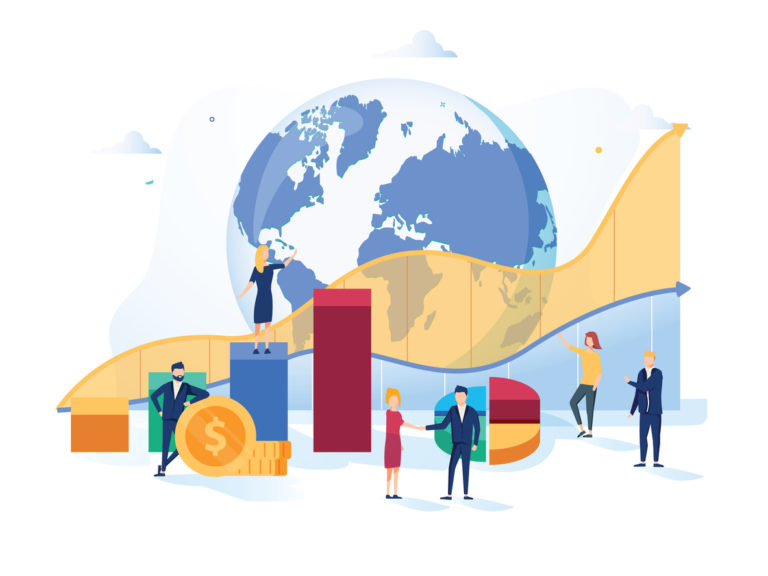 New Foreign Direct Investment in the United States as of 2018

The Importance of FDI in Economic Development

When the economy is flowing from rich countries into poorer countries, most of the economic developers are recognizing the value of FDI. In 2016, in study results released by the International Trade Association (ITA), it was estimated that 12 million jobs or 8.5% of the entire U.S. labor force were attributed to the FDI. This shows the importance of FDI to the U.S. economy.

According to the most recent data collected in 2013, approximately 6.1 million people were employed directly by U.S. affiliates of majority foreign-owned companies. Other multinational companies like Unilever, Siemens, and Toyota employed American workers for their U.S. operations.

Foreign investment impact goes beyond direct employment. International companies help in driving innovation, improving productivity with emerging technologies, and making American companies go global by connecting them with the world. American research and development are spending billions of dollars annually for achieving this and this investment creates further activity at the local, regional, and national economic levels as the global companies rely on other companies within their supply chains. Employees are being trained on developing new skills which would have long term benefits for the rest of their lives. Employees earnings are spent on their own communities and on other goods needed for their families.

These statistics are enabling the easy understanding of why economic developers are very interested in attracting FDI to their communities, states, and regions and are formulating targeted plans to achieve it. Foreign firms considering investing in the U.S. need to collaborate and work directly with local, regional and state economic development agencies to facilitate site location process. Economic development agencies, being either public, private or a mix of public and private will have unique and powerful resources for site location.

For global companies interested in investing and growing business, the United States historically offers strengths that suit well to many high-value and firm-wide functions. Let us explore a few of those strengths:

According to the stats of 2016 Global Innovation Index, the U.S. stands in the fourth position in innovation significantly due to the strength of its global-facing markets, widespread implementation of Internet technology, and value of stock trades. Besides, having the lowest patent and trademark costs in the world is an additional benefit. The trademarks are the most critical and essential in protecting the company’s investment. In the U.S., the Intellectual Property (IP) of foreign companies is protected by the stable and predictable regulatory system.

During location decision making, executives need to understand and recognize that a diverse set of experiences, backgrounds, and perspectives plays a vital role in generating new ideas which lead to innovation and increase productivity. As the U.S. supports diversity, it is one of the most attractive labor markets today across the globe. The American workers are comparatively highly qualified and are considered to be more innovative and productive in the world.

American policies on taxation and regulation are providing significant management freedom to foreign investors. U.S. business regulations are transparent, inexpensive, and with simplified exporting approaches; the judicial system is straightforward and predictable. The U.S. also provides a highly developed infrastructure with access to the global profitable consumer market. All these business-friendly factors are making the U.S. the best attraction for foreign investments.

The United States is considered one of the most important markets in the world as it is having the strongest economies with a population of over 300 million people. As per the Doing Business report published by World Bank in 2017, the United States was ranked as number eight out of 190 global economies with regard to the quality of business climate. In the period of 2016 to 2018, Global Investment Trends Monitor ranked the U.S. as first among the most attractive counties for FDI.

Many companies have benefited from investing in the United States. Few of the success stories are noted below:

A multinational company from Japan is the highly competitive sustained manufacturing company in the United States. When compared to any other international automaker Honda has the longest presence in the U.S. Honda has invested $17 billion in capital investments for its operations in the U.S. It has 75 facilities domestically and most recently in 2016 Honda has opened a $70 million advanced production facility in Marysville, Ohio.

A multinational pharma company from Switzerland is having more than 26,870 workers in the U.S. It has its operations across research and development, manufacturing, sales, and marketing functions in 15 states of the U.S. and Puerto Rico.

A multinational food and drink company from Switzerland is having more than 51,000 workers, 87 factories in 47 states of the United States. Recently in February 2017, Nestle USA announced about the plans of relocating its corporate headquarters from California to Arlington County, Virginia. Nestlé’s headquarters relocation within the U.S. without considering any offshoring options indicates the importance of having great talent in the U.S. for future prospects and growth. This also shows the importance of proximity to business operations, stakeholders, and customers.

Advantages of the U.S. Location

The Bureau of Economic Analysis (BEA) specifies that FDI investment in the U.S. has contributed significantly to the economic growth of the country and has gained a cutting edge over global competitiveness with a record high investment of $348 billion in 2015.

Companies which have shifted outside of the U.S. considering few economic trends like low labor costs are now ready to recreate new opportunities in U.S. locations. They are looking to move their business activities that can be served in the U.S. successfully or in nearby markets. For instance, when it comes to reducing labor costs, few companies located in San Francisco moved to Mississippi and other locations having low-labor-cost. For reducing utility costs, companies moved to the Idaho market where electricity prices are much lower when compared to other U.S. locations.

There may be few U.S. locations which are advantageous for different reasons and has better criteria than other locations. However, the location is chosen based upon the hidden costs and opportunities which enhances the local conditions.

Public, private, and combination of public and private economic development agencies are considering critical and unique resources for investments and they include:

It is a best practice to consider and leverage all these resources to mitigate the location is and to make the best decision for achieving both short and long-term business objectives.